Want to read a Crisis on Infinite Earths tie-in comic? Are you ready for the first Wonder Woman 1984 trailer this weekend? Did you hear about the drunken phone call Tom Holland had wit Bob Iger about Spider-Man? Want a look at Kristen Wiig as Cheetah from Wonder Woman 1984 merchandise? How many movies did Todd Phillips pitch for his DC Black label pitch? All that and more in this edition of Superhero Bits.

Here’s a teaser for the next episode of the DC Universe animated series Harley Quinn starring Kaley Cuoco.

Crisis on Infinite Earths is getting a special tie-in comic from Marc Guggenheim and Marv Wolfman.

Damaris Lewis has been promoted to a series regular as Blackfire for season three of DC Universe’s Titans.

Just because Harley Quinn is the star of her own animated series doesn’t mean there isn’t room for Batman too. 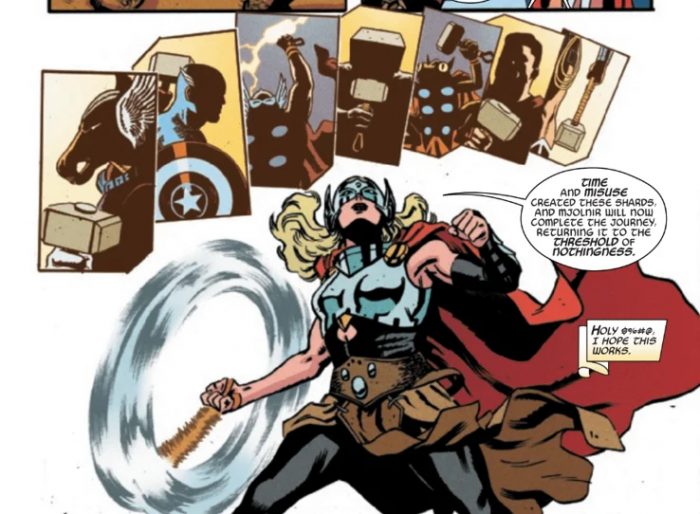 The first issue of Thor: The Worthy revealed that Wonder Woman and Superman can wield Mjolnir too.

According to the ratings, Damon Lindelof’s Watchmen is HBO’s most-watched new series since Big Little Lies.