One of the most exciting things about the Star Wars TV shows coming to Disney+ is that they have the opportunity to explore characters and locations which the movies have only briefly touched on. Now, Lucasfilm creature and makeup effects supervisor Neal Scanlan has hinted to Movieweb that deleted scenes from the films could be used to bring some of them back.

Asked about the upcoming Cassian Andor series coming to Disney+, he hinted that anything we've seen on the big screen has the potential to appear on the small one as well.

"I don't think it feels different than working on a movie," Scanlan confirmed. "We also have this backlog of characters. A lot of the characters that we built for all of the films either didn't make it to the final cut, because that's just the way that the film process happens, or that they are seen so momentarily that there is this wonderful second opportunity to bring back some of the characters that we've made and bring them to this new storyline in a more, shall we say, integrated way."
"I think it's going to be tremendous," he added. "I find that it's a second opportunity for everything that we've made, plus the opportunity of moving TV along, in a sense, at what will not at all be diminished as far as the level of quality, the level of things that we are going to try and achieve."
With the use of deleted scenes, Star Wars: The Rise of Skywalker used a mixture of practical and visual effects to include Carrie Fisher in that movie, so scrapped sequences from the prequels or original trilogy could easily be used in Cassian Andor. It's hard to say which characters that might utilize, but Bail Organa seems like one strong possibility (it depends how far back the series stretches).
Which faces from the past would you like to see on the streaming service?
Click on the "Next" button below to find out the biggest
mistakes Disney has made with the Star Wars franchise! 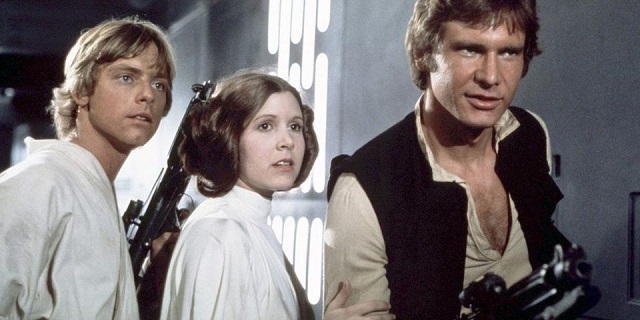 It's become clear that Lucasfilm never really had a game plan for the sequel trilogy and while George Lucas would frequently make things up as he went along, not having an ending in place and relying on three different filmmakers to attempt to craft one cohesive story was never going to work.

However, the fact that J.J. Abrams not only failed to bring Luke, Leia, and Han back together again for one more scene but killed the latter off so early on is downright unforgivable.

It was completely the right decision to move the spotlight to a new trio of heroes rather than, well, an elderly group of adventurers, but it's hard not to feel robbed that we were never given the opportunity to explore their lives together. To make matters worse, the impact of Han's death on Luke was barely even touched on in The Last Jedi, and this is one mistake that can now never be undone.

The Fall Of Luke Skywalker 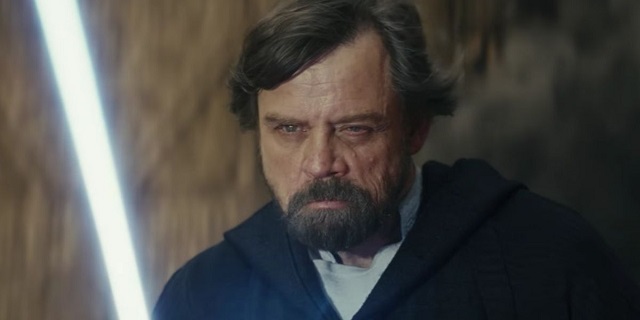 Talking of Luke, it's not hard to see why Mark Hamill was so disappointed and disillusioned by how the character's story arc was handled across this trilogy.

With seconds of screentime in The Force Awakens and then the reveal in The Last Jedi that he had gone into hiding after Ben Solo was turned to the Dark Side (rather than, you know, trying to stop Supreme Leader Snoke and the First Order), Luke was depicted as a failure and a far cry from the hero fans had imagined the Jedi Knight becoming in the years following Return of the Jedi.

There is a lot about this that admittedly worked, but a brief Force Ghost appearance in The Rise of Skywalker wasn't enough to undo the damage that had been dealt to him in the years prior.

Telling Stories That Didn't Need To Be Told 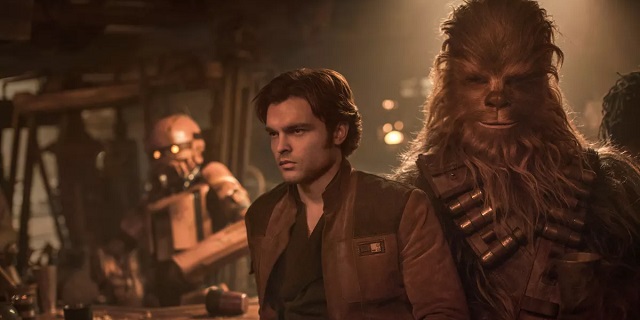 Rogue One was a fun ride and Solo is much better than a lot of people give it credit for. But did we really need to learn about the Rebels who stole the Death Star plans or find out that an Imperial officer named the iconic space-smuggler Han "Solo"?

Given the massive creative issues these spinoffs faced behind the scenes (Rogue One went through major third act reshoots, while Solo had a change of directors during production), it's clear that Lucasfilm struggled to tell these stories and this likely comes as a result of Disney wanting yearly Star Wars movies in theaters.

Unfortunately, the reaction to Solo led to a lot of great sounding spinoffs being scrapped, and the studio seemingly deciding not to further explore this period outside of Disney+. That's not the right move; instead, they just needed to make better decisions when it came to which stories actually needed to be told. 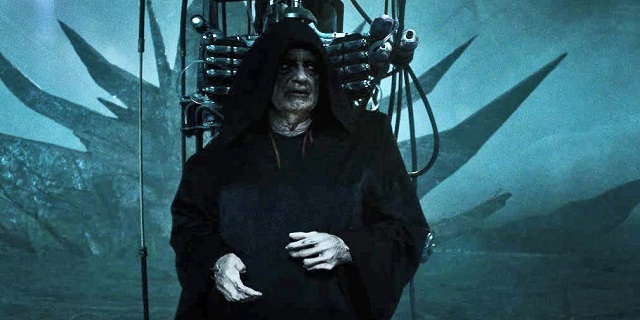 Nowhere was this particular complaint more relevant than with The Rise of Skywalker. Rian Johnson made a lot of ballsy and divisive decisions in The Last Jedi, some of which worked, while others did not. However, to essentially undo those in a bid to make fans happy with the Skywalker Saga finale backfired on Lucasfilm in a big way.

Everything from Emperor Palpatine's return to Rose Tico receiving pretty much no screentime felt forced and a way of making the angry, middle-aged fans who spend thousands of dollars a year on merchandise happy.

The focus should have instead been on taking what Johnson did and building on it in order to create a satisfying and cohesive ending that didn't feel like a completely different movie tacked onto the two that preceded it. Lucasfilm tried to make everyone happy and instead delivered a film which didn't really work for anyone (hence why it's the worst-reviewed Star Wars movie to date). 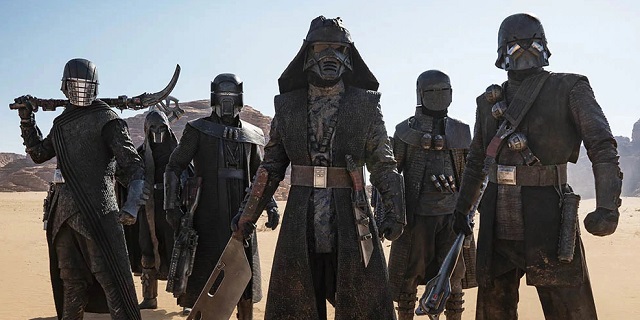 Look, we're not asking for everything to be spelled out to us, but why would The Force Awakens introduce so many huge mysteries only to never actually explain them in any way? It's true that the original trilogy didn't reveal the Emperor's backstory, but there wasn't really much need for that and the expectations of moviegoers have changed a lot since he first appeared.

Supreme Leader Snoke has been dismissed as a creation of Palpatine's but we've had no explanation about how that actually worked. The same goes for the iconic villain's return from the dead, not to mention the origins of the Knights of Ren, a group teased in The Force Awakens, forgotten about in The Last Jedi, and then given seconds of meaningless screentime in The Rise of Skywalker.

In fact, many of these unanswered questions have been addressed in comic books and tie-in novels rather than the movies themselves, a pretty lousy form of storytelling when you think about it.

Too Many Jedi Knights 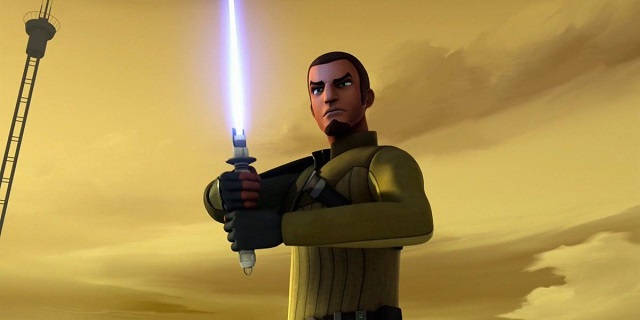 If Rogue One and Solo proved anything, it's that Star Wars can work without the endless battle between the Jedi and Sith. However, fans still want to see that lightsaber action, hence why we've now learned that Order 66 didn't really wipe out the Jedi Order. In fact, there were plenty of them left scattered across the Galaxy based on what we've seen in the comics, video games, and TV shows.

Not only does this make Luke and Obi-Wan Kenobi significantly less special than we thought, but it dilutes the Force and the importance of the Skywalker family on the battle between the Light and Dark sides of the Force.

We have been introduced to a lot of great characters, and the idea that Darth Vader hunted down the remaining Jedi is one that works, but even the concept of the Sith Inquisitors and Knights of Ren lessens the impact of the Sith and what we thought was the supposedly important "Rule of Two." 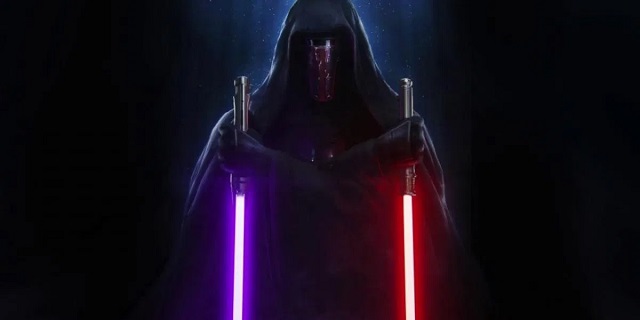 Look, it's not hard to understand why Lucasfilm decided to do away with the Expanded Universe as the new movies being beholden to decades of novels, video games, and comics would have made no more sense than Marvel Studios attempting to set a future Marvel movie in the same world as the comic books and hoping that non-hardcore fans would be able to follow what's happening!

While a clean slate was the right move for the new movies, to leave so much of what made Star Wars great from the EU off the table feels like a major mistake on Lucasfilm's part.

Everything from Darth Revan to Mara Jade and Starkiller being forgotten about feels like a missed opportunity, and when Lucasfilm has attempted to deliver new takes on these concepts and characters, it hasn't really worked! Again, a little more planning would have helped with this issue as there really are parts of the EU which deserved to live on.

A Lack Of Pay-Offs 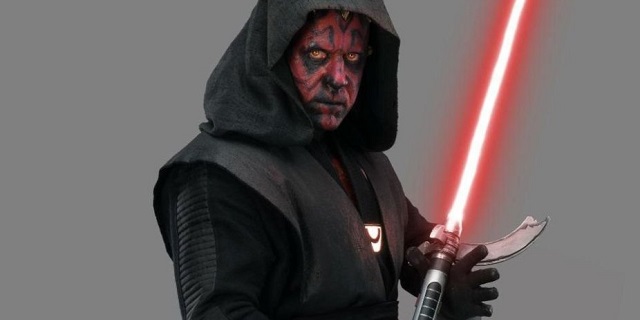 We've mentioned things like Supreme Leader Snoke and the Knights of Ren, but a lack of pay-offs really has been plaguing this era of Star Wars stories from the very start.

Darth Maul's return in Solo has seemingly been forgotten about; Finn spent the entirety of The Rise of Skywalker debating whether to tell Rey that he suddenly has Force powers without us ever getting to see that conversation; the return of Darth Vader's helmet meant nothing as it was just the Emperor pretending to be him when Kylo Ren communicated with his "grandfather."

These are just a few examples, but far too many storylines have been set up without any sort of proper resolution and that's made it hard to get invested in this era of storytelling.

Change For The Sake Of Change 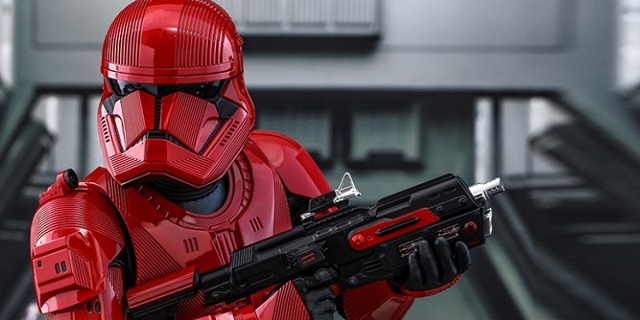 Merchandise has always been a huge part of the Star Wars franchise, but never has that been more apparent than during the period Lucasfilm has been owned by Disney.

C-3PO was given a red arm in The Force Awakens because that would mean people would actually want to buy new toys featuring the iconic droid (the change, meanwhile, was only addressed in a random comic book). Because Kylo Ren's helmet is a top seller, it was reforged in The Rise of Skywalker even though it's destruction was a key character moment for the villain in The Last Jedi.

Oh, and do try not to forget those red Sith Troopers in the latest instalment of the trilogy! Disney likes to sell toys, and that means we've seen a lot of pointless changes like these.

The End Of The Skywalkers 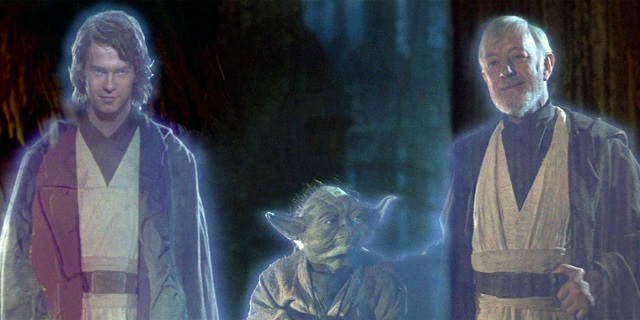 The story of the Skywalker family spanned nine films but, ultimately, it seems that none of them really managed to bring balance to the Force. Darth Vader killed his Master but a bunch of unnamed Sith loyalists ended up bringing him back from the dead. Luke gave up and hid on an island and Leia just died after reaching out to her son (a sad necessity due to Carrie Fisher's real-life demise).

The Skywalkers went out with a whimper rather than a bang, and while it was great to see Ben Solo find redemption, having Rey Palpatine declare herself "Rey Skywalker" was all sorts of cringe.

It's hard to escape the feeling that, really, the Skywalkers are now just a footnote in the history books of this Galaxy and not as important as we were once led to believe. After everything Anakin went through, he didn't even make a cameo appearance here, and if we do see another Skywalker on screen in the future...well, they'll probably be a descendent of Emperor Palpatine...

Do you guys agree that Lucasfilm has made some major mistakes since 2012 or are we being too harsh? Let us know your thoughts on that in the comments section below.
https://www.comicbookmovie.com/tv/star_wars/cassian_andor/cassian-andor-could-bring-back-some-familiar-faces-using-deleted-scenes-from-the-movies-a174063" target="_blank">Read More . . .