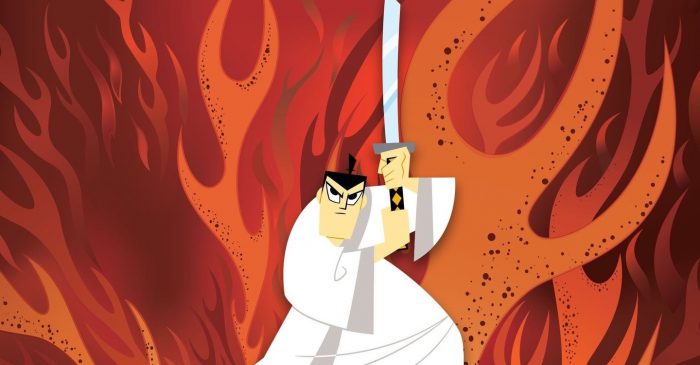 Samurai Jack changed the game when it debuted on Cartoon Network in 2001, paving the way for experimental, auteur-driven animated series on a network mostly known for kiddie fare. Following the story of a samurai (voiced by (Phil LaMarr) who is flung forward in time against an evil overlord (Mako Iwamatsu for seasons 1-4, Greg Baldwin in the final season), Samurai Jack is still beloved for creator Genndy Tartakovsky‘s striking animation and surprisingly mature storytelling. Now, you can watch the entire epic saga from the beginning online for free.

Every episode of Samurai Jack is now available for free on Adult Swim’s website. No account is needed. Go to Adult Swim’s Samurai Jack page and click on any episode from the show’s five seasons. You’ll be greeted with a 15 to 30 second ad before the episode, and a 90-second ad break in the middle, but otherwise it’s a relatively painless streaming process for a series that hadn’t been available on many platforms before.

Adult Swim announced the streaming availability of the acclaimed animated series on its social media pages Tuesday. The company didn’t say if it would only be available for a limited time, in response to coronavirus quarantines, or whether this will be a permanent fixture. However, Samurai Jack is not available to stream in all countries.

All episodes of Samurai Jack are now free on our app and site. Perfect for watching from the shadows. https://t.co/KjNCtBnJMZ pic.twitter.com/6SdQ5UBP9e

Creaeted by Genndy Tartakovsky hot off the filmmaker’s successful animated series Dexter’s Laboratory, Samurai Jack was an instant critical and popular sensation when it debuted on Cartoon Network in 2001. The series ran on Cartoon Netwok until 2004 before it was resurrected by Adult Swim for a final (much more bloody) season in 2017. The series has spun off into comic books and even a couple of video games including Samurai Jack: The Amulet of Time for Game Boy Advance and Samurai Jack: The Shadow of Aku for GameCube and PS2.

Samurai Jack is now streaming for free on AdultSwim.com.

After being sent into the future by evil wizard Aku, young samurai Jack makes a quest to return to the past and undo the destruction caused by the wizard. Along the way Jack enlists allies to defeat some of Aku’s henchmen and other villains before getting to the top dog to defeat him and find the portal that can return Jack to his own time. ‘Samurai Jack’ was created by Genndy Tartakovsky, who had previously created ‘Dexter’s Laboratory’, one of Cartoon Network’s first original series.

The post All of ‘Samurai Jack’ is Now Available to Stream for Free on Adult Swim’s Website appeared first on /Film.