Login
AMERICAN HORROR STORY: Ranking All 9 Seasons And Looking Ahead To What Comes Next

The nature of the series means the cast portray different characters from season to season, and with a different genre of horror tackled each year, they all feel like very different beasts.

As a result, ranking them is no easy feat, but that's exactly what we're doing here!

That's not all, though, as we also look ahead at what's to come in the mysterious tenth season, including who is expected to star in that and what the theme will more than likely end up being.

So, to take a look at that, and our ranking, simply click on the next button below. 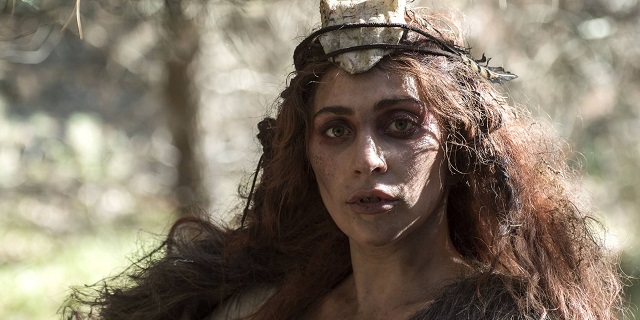 Roanoke was a huge departure for American Horror Story, and while the attempt to put a fresh spin on paranormal documentaries and found footage horror was admirable, it too often missed the mark. It just felt too phony, and not a genre that the series was able to pull off as successfully as others.

Things did get suitably gory in those later episodes, though, and spending time with the real-life victims of Roanoke and the actors who played them proved to be surprisingly fun.

Still, this really wasn't the best use of the regular cast members we'd seen in previous years (Evan Peters and Lady Gaga, in particular, were largely wasted), and while it made for entertaining viewing for the most part, it felt like a real drop in quality after the far superior Hotel. 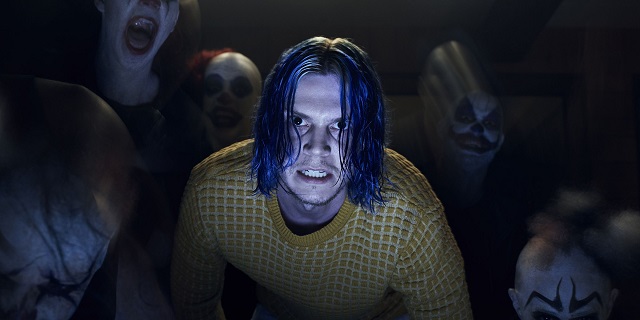 Cult took too long to get going, and while focusing on the "real-life" horror of the 2016 election may have seemed a good idea on the surface, it never quite fit the tone of American Horror Story.

Evan Peters' cult of killer clowns were suitably scary, but felt shoehorned in to justify the name of the series. This was more political drama more than horror, and while there were some great twists, they weren't quite enough to make up for what felt like a directionless season overall.

On the plus side, Billie Lourd was nothing short of amazing, and proved how wasted she was in the new Star Wars movies. It's just a shame that final episode was so anticlimactic! 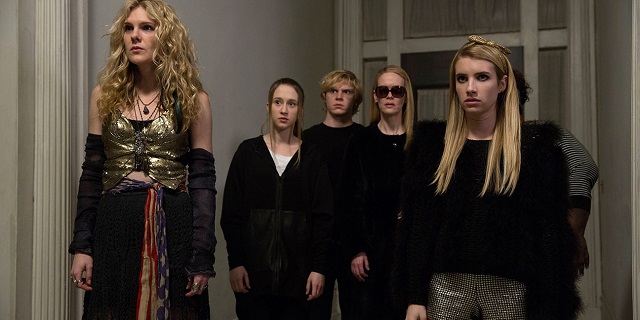 You may think that Coven isn't ranked high enough here, but it was still at least two or three times better than the seasons mentioned above! Despite occasionally feeling a little overstuffed, this season of American Horror Story offered an enjoyable new take on witchcraft, and made great use of its cast.

Cathy Bates joining the series was arguably the best thing to happen to the show, while Emma Roberts also made an impact. The rest of the returning cast couldn't be faulted (especially Jessica Lange), but Evan Peters definitely deserved better.

Ideas like the "Seven Wonders," Hell, and immortality were all explored with great success, and it was hard not to want to spend more time with these characters by the time all was said and done. Thankfully, we would get the opportunity a few years later with our next entry... 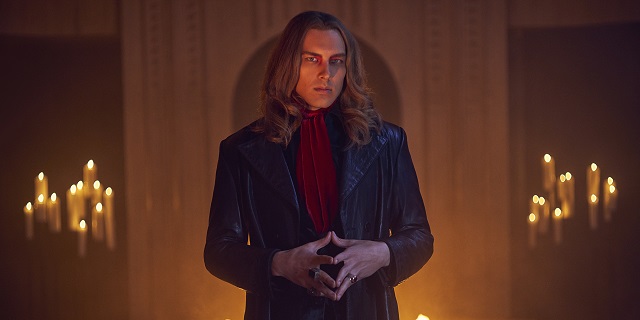 Apocalypse was, in many ways, the culmination of all the previous seasons of American Horror Story, but mostly the first and third. After a baffling but admittedly compelling opening few episodes, things really started getting good when we delved into the past to follow the journey of the Antichrist, Michael Langdon (a brilliant Cody Fern).

It may not have been the epic crossover a lot of fans hoped for, but catching up with so many familiar faces was an absolute blast, as was learning what became of many of them.

The ending was a bit baffling, but the story of Michael being manipulated by those around him for their own means proved to be even more interesting that some sort of gore fest showing the Antichrist laying waste to Earth! Another crossover definitely needs to happen, though. 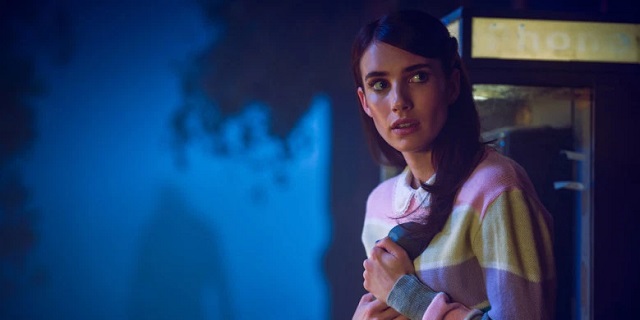 Slasher films are always good fun, and American Horror Story made great use of the premise in 1984. Emma Roberts stole the show this time around, though Billie Lourd was another standout whose work was excellent from start to finish. In fact, even without some familiar faces, this ninth season still proved to be a must-watch.

With real-life killer Richard Ramirez and Mr. Jingles stalking this group through a traditional American summer camp, the 1980s setting was made good use of, and the kills were very inventive.

It was the shortest season yet, but it didn't really need any more time and was a concise, exciting nine episodes of television. Some of the ideas (with ghosts, for example) were a tad familiar, but 1984 proved that there's still plenty of life left in the long-running series. 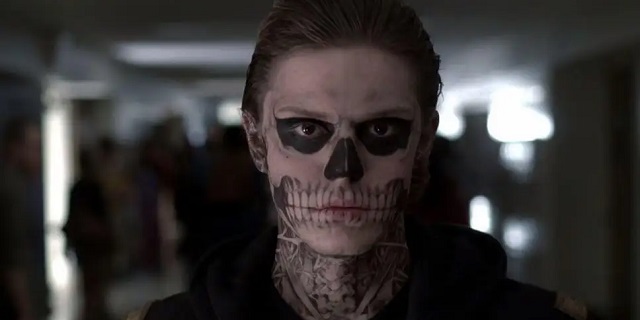 This is where it all began. While it took a few episodes to find its footing, it didn't take long to get lost in this world, and the weirdness and twists just kept on coming. From a horrifying, realistic school shooting to a variety of ghosts (the premise of them being trapped in one place and then being able to wander the world on Halloween was a fun one), there was a lot to digest here.

A lot of ideas were packed into Murder House - too many, perhaps - but they worked really well, and there were so many unexpected decisions, it was constantly surprising.

For many fans, this remains a favourite, but revisiting the characters in Apocalypse (which was great) proved that we've seen a number of far more interesting leads since this aired. 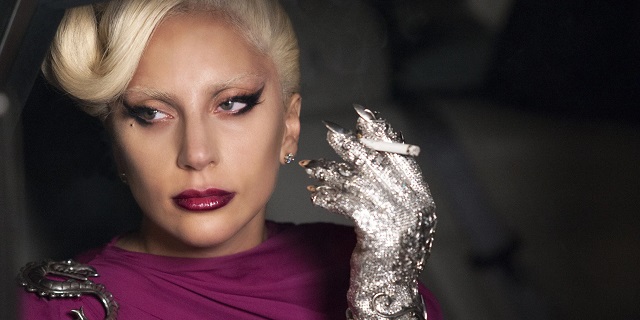 Well, who would have ever guessed that Lady Gaga was this damn good? The singer turned actress delivered a sexy, jaw-dropping performance in Hotel, and proved that there was a lot more to her than anyone listening to "Poker Face" on the radio for the 700th time could have ever suspected.

The Countess was great, but so too was everyone else in this season of American Horror Story, including Evan Peters, Wes Bentley, Denis O'Hare, and Kathy Bates (obviously).

One of the scariest seasons, Hotel made good use of its vampire leads and while the subplot with a cop becoming a killer ended up feeling superfluous and overly complicated, there was a lot to love. This season belonged to Lady Gaga, but it's an overall highlight for the series regardless. 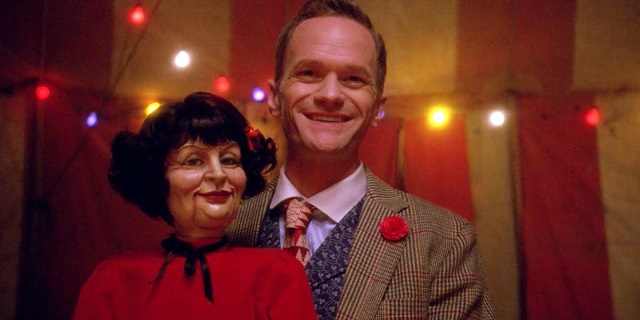 Things may have become a little directionless later in the season, but Freak Show was a return to form in many respects after the still very entertaining events of Coven.

With some truly twisted clown-themed villains, and a whole host of weird and wonderful characters (Neil Patrick Harris' late appearance was a welcome treat), this season of American Horror Story never let us, and it was the fantastic Sarah Paulson's turn to steal the (freak) show.

Jessica Lange was as great as ever - we probably haven't mentioned her stellar work in this series enough yet - and a clever tie-in to Asylum was definitely welcomed. It was hard to watch in places, and very gory, but that's went a long way in making this season so damn great. 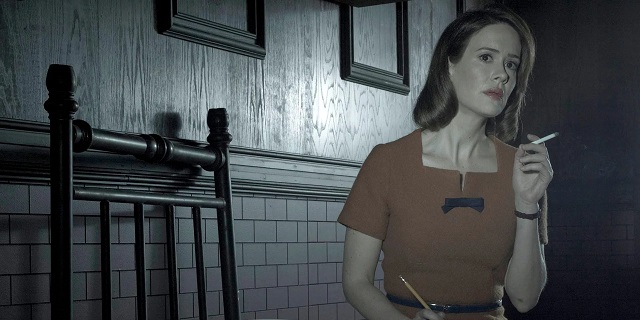 Asylum is by far the best season of American Horror Story, and not just because it introduced us to Lana Winters (Sarah Paulson). Following her story here was a thrilling affair, and one that delivered some huge twists and uncomfortable moments as the intrepid reporter found herself trapped against her will in this horrifying mental hospital.

Evan Peters was also arguably at his best here, and with everything from demonic possession to horrifying experiments and aliens touched on (yes, aliens), there really was something here for everyone.

Jumping into the present day also proved to be a smart move, and Zachary Quinto was excellent as "Bloody Face." The season was at its best when binge-watched as it was a season you definitely couldn't tear your eyes away from, especially when James Cromwell was on screen!

Make sure to click through to the next page to see what we know so far about season 10! After signing a new deal with Netflix, American Horror Story creator Ryan Murphy is stretched thin, so there's a chance this tenth season could be the last. We're expecting the show to return this fall, but if it's been hit by COVID-19 delays, the show could definitely end up slipping into 2021.

Given the water-themed poster above, many are convinced that we'll head to Provincetown, Massachusettwater to explore the Bridgewater Triangle, an area where supposed sightings of Bigfoot, giant snakes, and even a creature called a "Thunderbird", have taken place. Oh, and if that's not enough, there's even been UFO sightings which could tie into Asylum.