As we've already reported, filmmaker Zack Snyder held an impromptu live commentary for Batman v Superman: Dawn of Justice on Vero. While a lot of fans might have preferred seeing him delve into Justice League (the Snyder Cut, not whatever it was Joss Whedon put in theaters), it proved to be a must-see, fascinating few hours.

We know you, our loyal readers, are busy even in these uncertain times, though, which is why we're breaking down all the biggest reveals from Snyder during his live commentary.

You might think you're already all too aware of everything there is to know about Batman v Superman, but the director had plenty of new information to share with his fans, including the secret origins of LexCorp's sign, failed plans for Martian Manhunter, the big Martha scene, and even his hopes for a Man of Steel and Batman v Superman mega cut!

To take a deep dive into this feature, you just need to use the NEXT button below to check it out!

Why Jimmy Olsen Had To Die 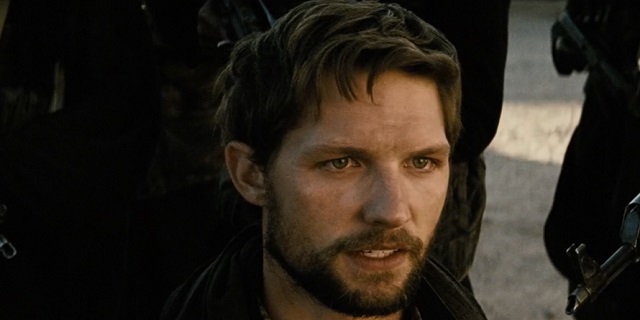 Snyder has previously explained that he wanted to do something fun with Jimmy Olsen due to not having room for the character in his vision of the DC Universe and, as we're all now aware, that involved blowing his brains out in the opening few minutes of Batman v Superman!

Why did Jimmy go from loveable photographer to dead C.I.A. agent? "I just liked the idea that Jimmy was a spook for the CIA," Snyder explains. "I always felt like Jimmy, you know, never was capable, that capable, and to see him be like speak a foreign language."

Sadly, Snyder would confirm that there's no way Jimmy comes back in the Snyder Cut. "People always ask me if he's dead, do we see him again, does he come back to life. I don't think so. It implies a bigger universe. It implies that these dominos are falling as we go forward." 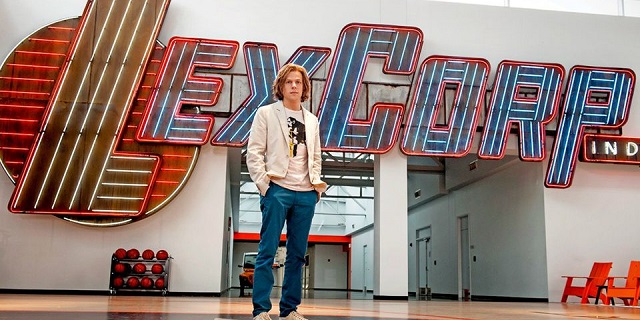 Jesse Eisenberg's charismatic Lex Luthor wasn't to everyone's liking in Batman v Superman, but we're going to choose to blame that on the jar of pee he decided to unleash as his weapon.

That aside, and this version of Lex was surprisingly complex, something Snyder confirmed during last night's live commentary. He revealed that the retro LexCorp sign hanging up in the basketball court where we first meet the villain is the last piece of the company his father built.

Given how twisted this Lex is, it wouldn't surprise us if it was some sort of sick trophy... 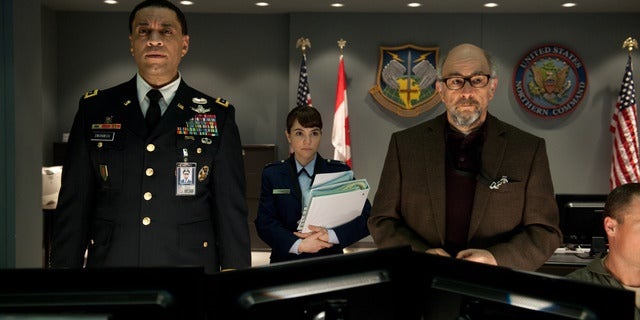 Among the many reveals shared by Snyder on Vero is that he planned to have Harry Lennix's General Swanwick outed as Justice League member Martian Manhunter.

However, the filmmaker has now confirmed that the hero in disguise knows Superman's biggest secret!

"Harry Lennix is pretending to be a human being but does a great job, but has this relationship with Lois that started in Man of Steel if you kind of track their relationship," Snyder said of his role in Batman v Superman. "Harry understands there's a relationship between Lois and Clark, who he knows, of course, is Superman."

Why Wonder Woman Led The Trinity 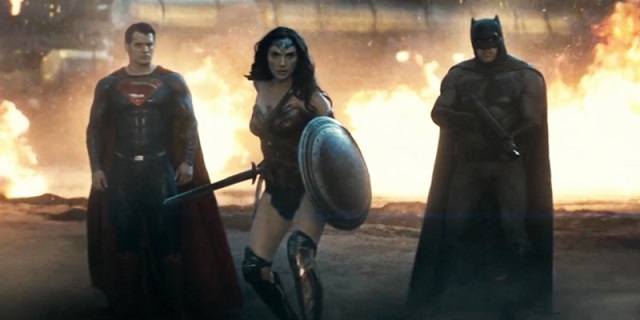 A lot of fanboys aren't on board with female superheroes receiving the spotlight on the silver screen, so Gal Gadot's badass Wonder Woman leading the charge against Doomsday back in 2016 didn't exactly sit right with some of them.

Snyder provided an explanation during this live commentary, explaining that Diana Prince took the lead because she has more fighting experience than both Batman and Superman combined. Though Bruce Wayne has spent decades fighting Gotham City's scum, and Clark Kent bested Zod in a fight to the death, Wonder Woman has the advantage of having fought monsters before.

Batman and Superman weren't to know that, of course, but this explains her placement when DC's Trinity came together in live-action for the first time!

The Snyder Cut Is The Real Batman v Superman Sequel 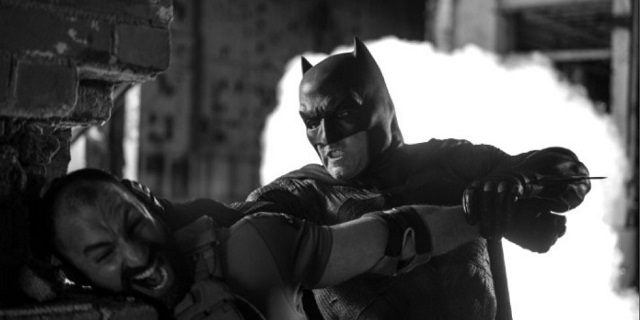 Snyder has not seen Joss Whedon's Justice League and understandably has no interest in doing so. The subject of the Snyder Cut wasn't one which really came up during his live commentary, but he did take a not so subtle shot at the theatrical version in the stream's closing minutes.

"You know what? I think they should make a sequel to his movie someday," he joked. "That would be amazing. That would really be something else. I want to know what happens to these guys. I mean, don't they eventually, I don't know, form some-" with the feed then cutting off before he finished.

Snyder clearly, and rightly, feels that the unseen Snyder Cut is the true sequel to Batman v Superman!

Was It All Just A Dream? 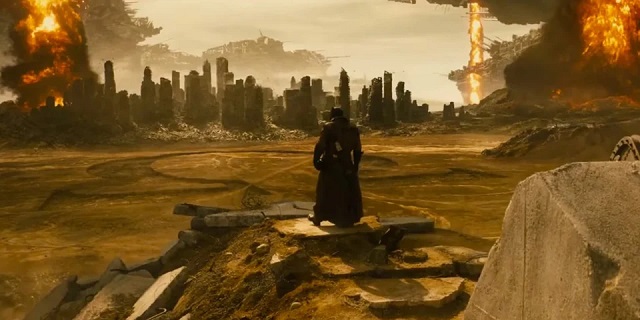 With Justice League torn up by Joss Whedon and the sequel clearly never seeing the light of day, fans remain as confused as ever about the meaning behind the Knightmare sequence and the Flash's visit from the future.

Snyder himself seems every bit as confused as he used vague terms to describe what was happening. "I guess it's boring for him waiting for it to decrypt so he fell asleep, maybe or I'm not sure."

"Maybe it's a by-product of Flash cracking on the cosmic treadmill or whether it creates some sort of rift where it allows Batman to see into the future," he teased. "It could be a combo of those things." Something tells us it probably wasn't just a dream, and that the director had some sort of plan for explaining what we were seeing! 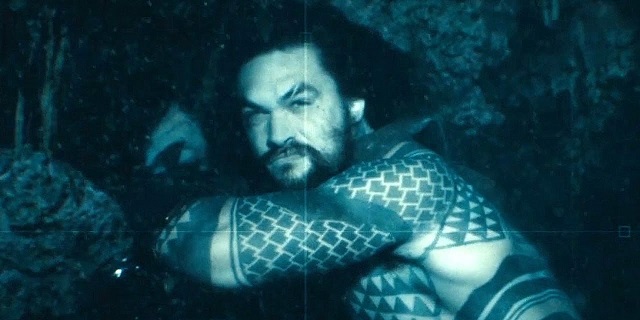 Aquaman's entire Justice League subplot ended up being cut by Joss Whedon, but Snyder used this video to drop at least a few hints about what he envisioned coming next for the hunky hero.

"The concept here was that he had his, to me it was that he had probably trained with his mother's trident a couple of times with Vulko, but he wasn't keeping it himself," Snyder explained. "So Vulko kept the trident with him and, as needed, if they were training or [whatever], he would get it from him, but he'd always give it back. But he never took it up as like a real mantle."

That would explain why he didn't have it in Batman v Superman (and Justice League), but it was eventually James Wan's Aquaman movie which was tasked with addressing this plot hole. 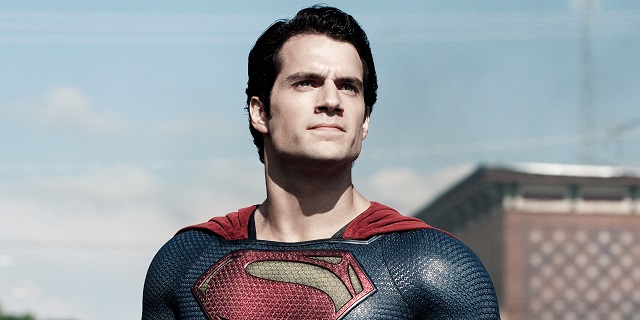 We keep hearing all this talk of a Snyder Cut, but could there be another "cut" Snyder has in mind?

Though it sounds doubtful that it's something the filmmaker himself will be responsible for, he did tease the possibility of some sort of Man of Steel/Batman v Superman mega cut. "I wonder if anyone's ever done a five-hour cut, which would basically just be editing these two parts of the movie together, carefully," he wondered aloud.

"I've never seen that. I'm sure it exists online somewhere, where they match up all of these moments so that they're happening simultaneously. I don't know if anyone's done that. I'd have to look, but it feels like a cool thing to do, because it would all -- it all should match up pretty well. Because they're right below -- they're fighting right below. It could be kind of cool."

The Importance Of Martha 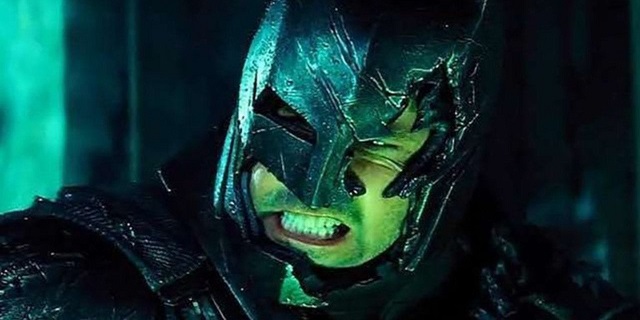 We're all sick of hearing about that big Martha scene, but Snyder did try to clear a few things up last night. After explaining that Batman has lost his moral compass after spending decades in Gotham City, the director explained, "The whole idea of this movie is to create this arc where [Batman] confronts Superman’s humanity, that he finds himself again."

"That’s what the thesis of this thing is, that we’re all humans and that we all connect on a level. Our mothers have the same name. That is really sort of this fundamental, ‘we both have a mother, so we are both human.’ Even though Superman is from another planet, his connection to humanity is so clean that Batman is able to re-energize himself."

Batman v Superman didn't do a terrible job with the scene, but it became a moment many so-called "fans" took great delight in ridiculing in the months following the film's theatrical release. 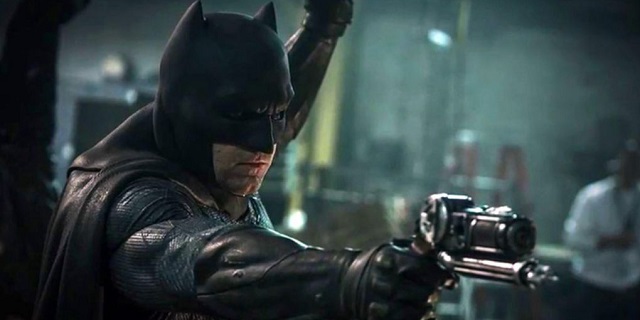 A real sticking point for a lot of Batman v Superman's detractors has been the decision to have the Dark Knight indiscriminently kill the criminals he crosses paths with. Snyder, however, remains unfazed by such criticisms based on comments made during last night's live commentary.

"I'm sure these guys are fine," he mocked during the violent Batmobile chase sequence. "They're going to be 100% okay. There's no way they're dead. We should have done like an A-team style shot of them getting up on the side of the road. For the PG-13 version."

The filmmaker further mocked these criticisms by poking fun at one of Batman's victims! "He shouldn’t of pulled that grenade, that’s his fault." Clearly, Snyder's not sweating the small stuff.