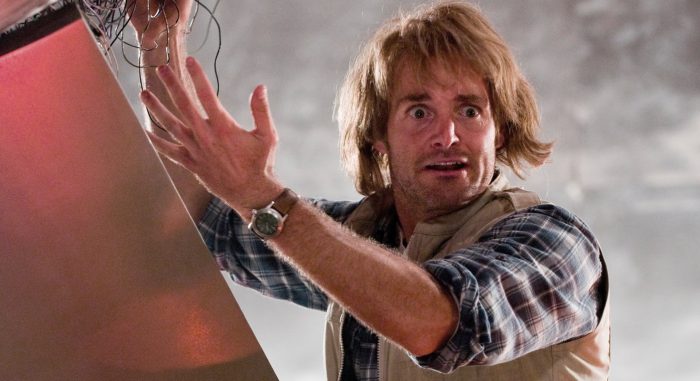 Although MacGruber bombed hard at the box office when it was released in theaters back in 2010, the Saturday Night Live film starring Will Forte has become a cult classic. In fact, the movie has cultivated such a following that the new NBCUniversal streaming service Peacock is allowing director Jorma Taccone to make a MacGruber TV series. We’re not sure when we’ll be able to see it, but when the cast got together for the read-through of the pilot, they were blessed with some encouragement and a little bit of pressure from one of the movie’s biggest and most surprising fans: Inception and The Dark Knight director Christopher Nolan.

First, some context. When Anne Hathaway made an appearance on The Tonight Show with Jimmy Fallon to promote The Dark Knight Rises, she mentioned being intimidated by Christopher Nolan as a director. However, she soon realized that she could tell he was in a good mood when he started quoting lines from MacGruber. Then, Nolan briefly confirmed his love for the SNL movie in an interview with Business Insider when he was asked the last time he laughed uncontrollably, and he responded:

“I’ve been outed in the past as a MacGruber fan and I have to say there are a couple of moments in that film that had [me] howling uncontrollably.”

In a new oral history about the movie by Vanity Fair, Jorma Taccone recalls finding out about Nolan’s love for MacGruber, which prompted him to introduce himself to Nolan at a Directors Guild of America dinner. Taccone recalled:

“The closer to that story is that my wife [director Marielle Heller] and I were at our first DGA dinner. And she’s like, ‘Christopher Nolan is there. You’ve got to go say hi to him.’ So I went up to him and I said, ‘My name is Jorma. I directed this movie called MacGruber.’ I said, ‘We’re going to do a sequel eventually. What do you think of this: When the director card comes up it just says, ‘Directed by Christopher Nolan’ with an asterisk, and then at the end of the movie there’s another asterisk that says who actually directed it.’ And he said, ‘Let me talk to my wife about it.'”

Man, that’s a great gag. I can only imagine the confusion for more casual moviegoers. But now that the idea for a MacGruber sequel is a TV show instead, it might not work as well. Even so, Christopher Nolan gave his blessing to the MacGruber TV show in another way. Jorma Taccone had invited Christopher Nolan to the pilot read-through, and even though he couldn’t make it, Nolan sent this e-mail back to him:

“Though I can’t be there in person to watch you take the first step of your odyssey—know that my spirit soars with you, and whilst it’s perhaps unfair to add to the great sense of responsibility you must already feel, I am duty bound to tell you—the world is waiting, the world is watching.”

Masterful! Amazing! Nolan makes it sound like Taccone is setting off to write the next great opera. It’s genuinely encouraging while also being perfectly tongue-in-cheek. And it only makes us more giddy with anticipation about seeing the MacGruber TV series come together at Peacock.