The Kissing Booth 2 is opening up for business this summer. Netflix has set the release date for the sequel to its inexplicably popular teen rom-com hit The Kissing Booth, which hit the streaming service in 2018 at the height of its romantic-comedy explosion. The Kissing Booth 2 brings back Joey King, Jacob Elordi, and Joel Courtney for more romantic mishaps and heartbreaks.

Joey King hosted a livestream Thursday announcing the summer release date of The Kissing Booth 2. The teen rom-com sequel will debut on Netflix on July 24, 2020, The Kissing Booth star revealed after a 48-minute video.

But the algorithm speaks loudest, and Netflix quickly brought back the cast and crew for the sequel, which seems to be their new practice, following the success of the sequel to To All the Boys I’ve Loved Before. While To All the Boys probably warrants a sequel since it’s based on a series of books, I don’t know if I like this whole tradition of rom-com sequels, which I fear will lessen the magic and chemistry that makes a rom-com so watchable. Few people want to watch conflict get invented for a couple we rooted so hard for in the first movie, just to see them get back together for lesser effect. It destroys the illusion. Not that The Kissing Booth had that illusion to begin with, as many — critics and fans alike — condemned the movie for its sexist and outdated tropes.

Here is the synopsis for The Kissing Booth 2:

Elle Evans (Joey King) just had the most romantic summer of her life with her reformed bad-boy boyfriend Noah Flynn (Jacob Elordi). But now Noah is off to Harvard, and Elle heads back to high school for her senior year. She’ll have to juggle a long-distance relationship, getting into her dream college with her best friend Lee (Joel Courtney), and the complications brought on by a close friendship with a handsome, charismatic new classmate named Marco (Taylor Perez). When Noah grows close to a seemingly-perfect college girl (Maisie Richardson-Sellers), Elle will have to decide how much she trusts him and to whom her heart truly belongs. Director and screenwriter Vince Marcello returns for The Kissing Booth sequel, based on characters from Beth Reekles’ 2012 young adult book. 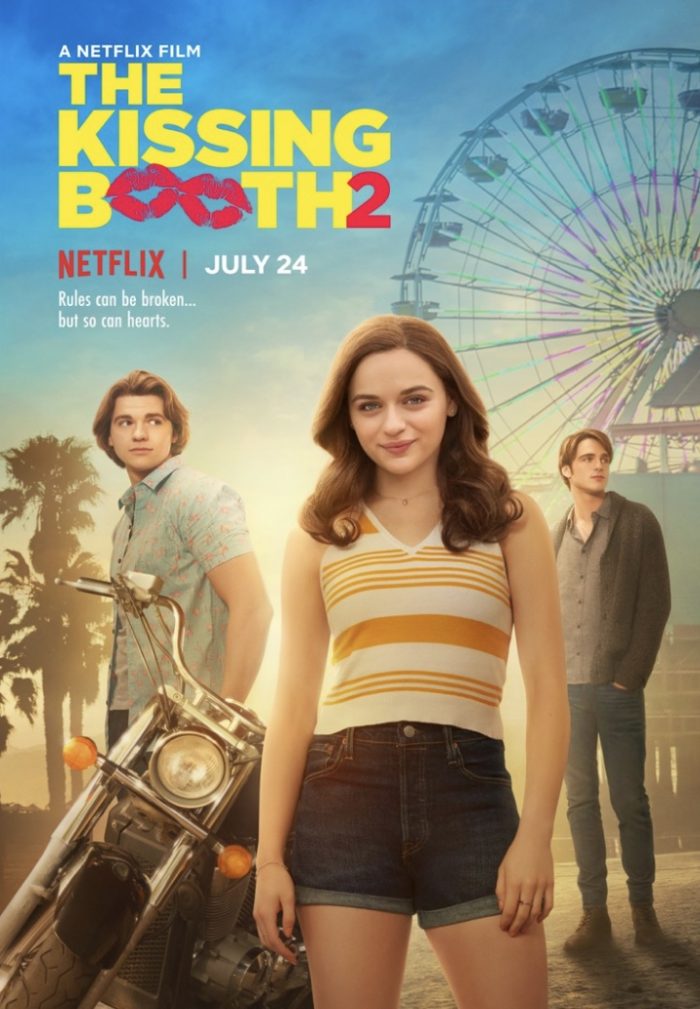 The post ‘The Kissing Booth 2’ Opens for Business on Netflix This July appeared first on /Film.