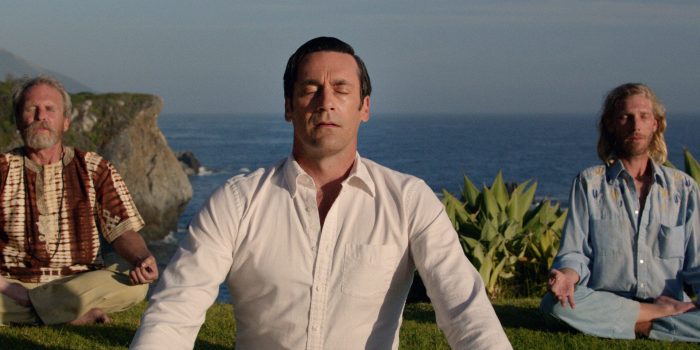 Summer is fast approaching, and with nationwide lockdowns looking to extend into the sunniest months, there’s no better time to catch up on movies and shows before they leave Netflix next month. These are the TV shows and movies leaving Netflix in June 2020.

John Hughes‘ 1986 classic is an exuberant teen comedy with a wistful edge. It’s got Matthew Broderick‘s manic pixie dream boy Ferris Bueller crashing a parade to lead a street-wide performance performance of “Twist and Shout,” yes, and a hilarious subplot featuring resentful principal Ed Rooney (Jeffrey Jones), but it’s also a bittersweet coming-of-age story about Ferris’ uptight friend Cameron Frye (Alan Ruck) breaking out of his shell. If you watch Ferris Bueller from the perspective of Cameron as the protagonist, you’ll get even more out of this ’80s classic.

A perfect clockwork blockbuster, Inception still holds up as one of Christopher Nolan‘s best films. Featuring a cast jam-packed with heavy-hitters led by Leonardo DiCaprio, Inception is a blast with every new layer that gets introduced. The endless discussions about what the ending means has overshadowed how great this movie is, but it’s worth a revisit before it leaves Netflix.

Mad Men may be one of the shows that you’ve been meaning to get around to, one day. Matthew Weiner‘s Emmy-winning series was like a comforting blanket — you knew it would always be on Netflix and you could finish it whenever you wanted so you could stop pretending you’ve seen it when your smarter friends talk about it at parties. But you’ve got a deadline now, and only a few weeks left before it’s gone forever.

All three Matrix films are leaving Netflix in June, which means you only have a short amount of time to be caught up for when the long-awaited Matrix 4 is released. There’s no understating how much influential this movie is — from its Hong Kong action-cinema influences, to the cyberpunk anime phenomenon, to the stupid “red pill” memes. The Matrix lives up to that legacy (red pill aside) and more.

Steven Spielberg’s smart sci-fi movie remains one of his most underrated. Tom Cruise gives a frantic performance as the head of a Precrime unit who is framed for a murder he won’t yet commit. But the most striking part of Minority Part was its unnerving ability to predict the surveillance state we live in today.

The post The Best Movies and Shows Leaving Netflix in June 2020 appeared first on /Film.