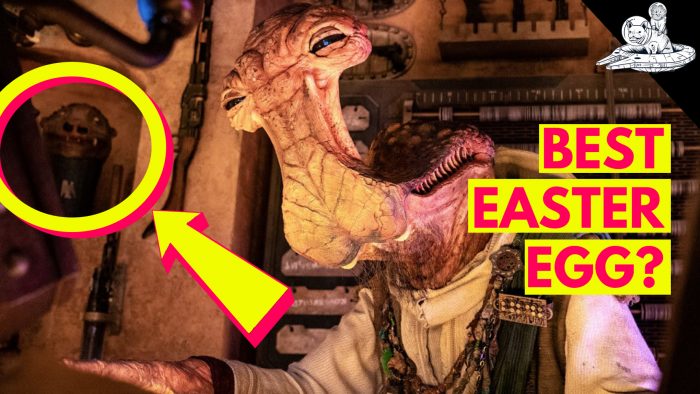 We return to Dok Ondar’s Den of Antiquities in Star Wars: Galaxy’s Edge to catalog more of Dok’s collection of artifacts from around the galaxy. This time we are focused on the wall to the left of Dok-Ondar’s office, featuring the Imperial masks and other artifacts. This wall features two of the biggest deep dive Star Wars easter eggs in the whole land, one of which is Peter’s favorite. What is it? Watch to find out!

Here is a list of the artifacts that we catalog in this episode:

If you missed the previous installments of this series, the videos are embedded below:

The video comes from our YouTube channel, Ordinary Adventures, so please subscribe if you haven’t done so already! We have a lot of coverage of theme parks, Star Wars: Galaxy’s Edge, and movie events. Subscribe to our YouTube channel and follow our weekly adventures to theme parks, movie events, magic, tabletop, and more. Get Ordinary Adventures t-shirts & merch!