Login
STAR WARS: 10 Biggest New Rumors About The Future Of The Franchise On Disney+

With Star Wars: The Rise of Skywalker proving to be a critical bomb, and a box office disappointment, it's no wonder Lucasfilm are now focusing on the small screen. The Mandalorian has proved to be a huge hit for both them and Disney+, and this Galaxy Far, Far Away seems to be well-suited to TV.

Star Wars Celebration was cancelled due to COVID-19, and that's likely robbed us of a lot of big announcements. However, there have been some massive rumours doing the rounds this summer, most of which claims to shed some light on what the future holds in store for Star Wars on Disney+.

Now, we've rounded up ten of the biggest to bring you guys up to speed on the possible future of this franchise. There are some big ones here relating to a lot of confirmed (and rumoured) shows.

To check these Star Wars rumours out, all you guys need to do is click on the "Next" button below!

10. The Hunt May Be On For A Live-Action Ezra Bridger 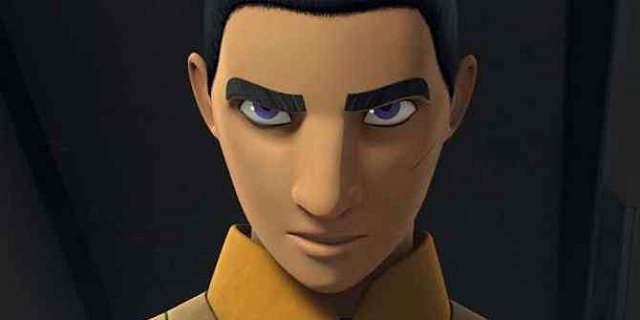 In The Mandalorian season two, it seems as if we'll be spending time with Ahsoka Tano, Captain Rex, and possibly even Sabine Wren, but what comes next for those characters?

Well, it seems there could be plans in place for live-action series as The Illuminerdi is reporting that Lucasfilm is looking to cast Ezra Bridger. It's hinted that he might just end up being the new face of the Star Wars Universe moving forward, and he's obviously a character who could be used to fill the gap between the events of Return of the Jedi and The Force Awakens.

The site says that Lucasfilm is looking for a male actor between the ages of 30 - 40. They're specifically looking for actors of Asian descent, but are open to Indian, Latino, or Middle Eastern performers too. One likely destination for Ezra is the rumoured Ahsoka Tano-led spinoff series. According to rumour shared by LRM Online, Lucasfilm has plans for a shared Star Wars Universe which will connect each of the Disney+ TV shows set in a Galaxy Far, Far Away. The Mandalorian is likely to be the starting point, of course, with Ahsoka Tano and Boba Fett receiving their own spinoffs (how Cassian Andor and Obi-Wan Kenobi would tie into them is unclear for now).

All of these Star Wars TV shows will be overseen by Dave Filoni, and it does make sense for there to be at least some connective tissue, even if it's just the odd cameo or reference.

8. Possible Details On Ahsoka Tano's Role In The Mandalorian 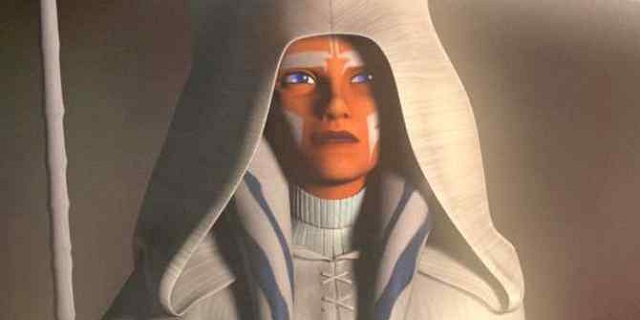 Star Wars News is a reliable source of information for intel on a Galaxy Far, Far Away, and they claim that in season two of The Mandalorian, Ahsoka Tano will be seen wearing "a dark gray robe and look much more similar to her final appearance in The Clone Wars than her 'Gandalf the White' appearance at the end of Rebels."

Apparently, she'll be seen wearing a hood when we first meet her, but Tano's Togruta Lekku (head tails) will be on full display at some point, and the plan is for her to make "more than a brief cameo." Oh, and as if that's not exciting enough, she'll also be in action wielding a blue lightsaber, hopefully alongside Din Djarin and The Child.

This will presumably be used to set the stage for the aforementioned spinoff series for the character too.

7. Hayden Christensen Will Return As Anakin Skywalker In Obi-Wan Kenobi 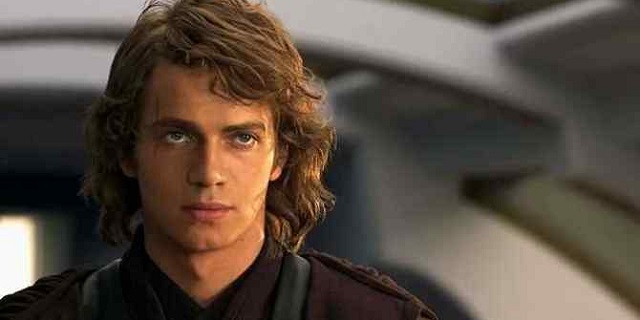 Ever since Hayden Christensen made a surprise appearance during last year's Star Wars Celebration, speculation has run rampant about a possible return as Anakin Skywalker. The hope was that would be in The Rise of Skywalker, but the actor only ended up lending his voice to the movie.

However, LRM Online recently became the latest site to claim that Christensen will play a role in the Obi-Wan Kenobi TV series. Apparently, the deal is done, and the plan was for his casting to be announced at this year's Star Wars Celebration (which was recently cancelled due to COVID-19).

It sounds like the plan is for him to have a regular role in the show, so we'll either get to spend time with the Sith Lord in his new suit, or he'll be showing up flashbacks/visions "Ben" has on Tatooine. 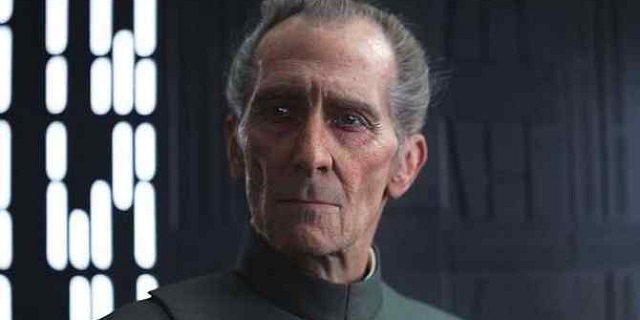 Rogue One: A Star Wars Story was set almost immediately before the events of A New Hope, so seeing Grand Moff Tarkin wasn't a surprise...it was, however, a shock when Lucasfilm used visual effects to bring Peter Cushing back from the grave with stand-in Guy Henry.

There were better ways this could have been handled, and it's hard to believe an actor like Cushing would be happy with the way he was uncannily "recreated" on screen.

Of course, with the Cassian Andor series coming to Disney+ taking place before we find the titular Rebel in Rogue One, Kessel Run Radio hosts Corey Van Dyke and Noah Outlaw of Kessel Run Transmissions recently revealed that Tarkin will have a role to play in the hero's show. However, it's since been reported that Henry won't be reprising the role, so perhaps they're recasting?

5. Donald Glover Is Returning As Lando Calrissian On Disney+ Donald Glover was a highlight in Solo: A Star Wars Story, and it feels wrong that the actor was only given the opportunity to play the character once. Now, though, things could be about to change.

In another report from Kessel Run Transmissions, it was said that Lucasfilm is developing a Disney+ series featuring the character, though there's no word on whether that would be a Solo prequel or sequel. The latter seems most likely, of course, especially if it wraps up some of those unanswered questions we have about Qi'ra, Maul, and Black Sun.

For now, details are scarce, and other sites have since claimed that some sort of Solo follow-up is in the works for the streaming service. Ron Howard, however, says there will be no Solo sequel.

As a result, we'll just have to wait and see.

4. Obi-Wan Kenobi Could Include A Young Luke And Leia 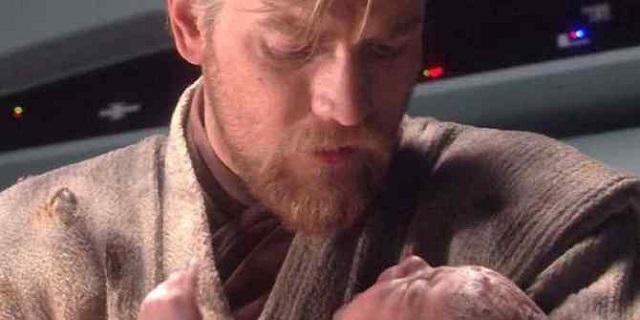 With so many changes taking place behind the scenes of Obi-Wan Kenobi, we've heard a lot of conflicting reports about what exactly Lucasfilm has planned for the highly anticipated Disney+ series.

Sounds a lot like Luke and Leia, right? It's hard to say how Ben could possibly cross paths with the latter, though her adoptive father did know that the Jedi Master was left hiding out on Tatooine. Kessel Run Transmissions were the first to report that Ahsoka Tano would appear in season two of The Mandalorian, and they're now back with a pretty bold claim about plans for Obi-Wan Kenobi.

They state that, "last year when the Kenobi series was officially announced my source told me two things. One, that Ahsoka was going to be cast in The Mandalorian, and that Clone Wars flashbacks were going to be featured in Kenobi." That means a live-action take on The Clone Wars animated series, and could explain how Hayden Christensen ends up factoring into the show.

This would be amazing, and may also tie into those claims that Rosario Dawson is going to play Ashoka Tano in Obi-Wan Kenobi, something we couldn't quite figure out when it was first reported. 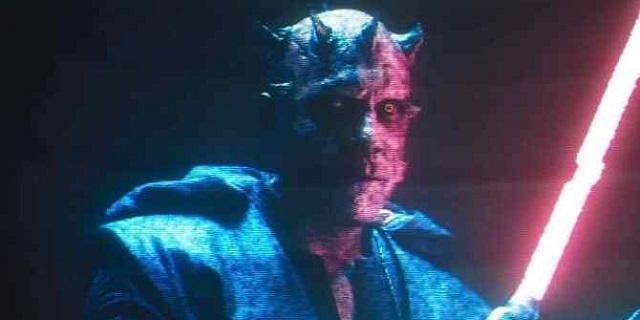 It was recently reported that there are plans for Maul to become a recurring presence in the live-action Star Wars TV shows, though there obviously only certain ones that would work in given his death in Star Wars Rebels. He would, however, fit in perfectly in that rumoured Solo follow-up!

Regardless, after actor Ray Park allegedly shared a video on Instagram of a woman performing oral sex on him, LRM Online has reported that in response to the now-removed video, Disney has decided to move forward with more Maul stories minus Park. That means a new actor is needed for Maul.

Prosthetics on another actor could very easily be used to replace the martial artist, while this obviously has zero impact on Witwer voicing the iconic bad guy from The Clone Wars and Star Wars Rebels. There are those who would actually like to see Witwer himself play Maul, so that's another possibility. 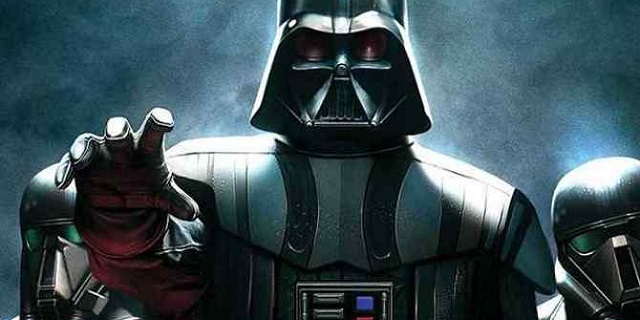 Shortly after it was reported that Hayden Christensen will reprise the role of Anakin Skywalker in Obi-Wan Kenobi, Full Circle Cinema weighed in with a claim that we'll also see Darth Vader.

By the time we caught up with "Ben" in A New Hope, he was well-aware of Darth Vader's existence, but could they have somehow crossed paths during the years he spent on Tatooine?

A face-to-face confrontation is doubtful, but Kenobi could see Vader from a distance or in a vision of some sort. The villain certainly isn't the first classic Star Wars character to be rumoured for the show, as an older Jar Jar Binks was mentioned not too long ago. Perhaps the former Jedi Master is going to end up venturing from his isolation and heading off on an adventure?