On the heels of the first trailer, Funko has unveiled a batch of POP vinyls based on characters from Denis Villeneuve's Dune.

The trailer gave us a quick glimpse of the villainous Baron as he emerged from what appeared to be some kind of mud bath, and we also saw a closer shot of him telling one of his men to "kill them," but this POP gives us a better idea of how this new take on the grotesque character will look in the movie. In the book and David Lynch's '80s adaptation, The Baron needed anti-gravity devices known as suspensors to support his weight, and it looks like that may have carried over to this latest adaptation.

We aso have a first look at McFarlane Toys action figures for Stillgar, Paul, Jessica and Duncan, which are set to hit shelves this fall. 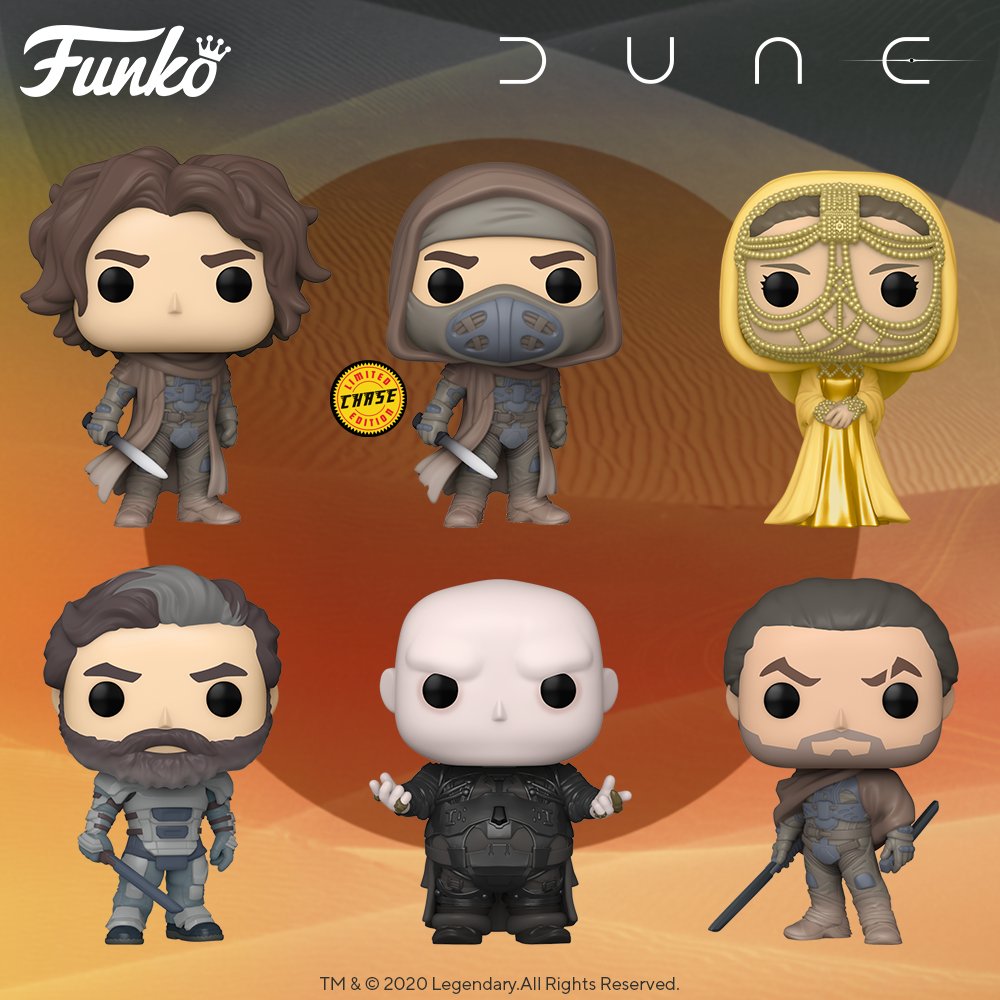 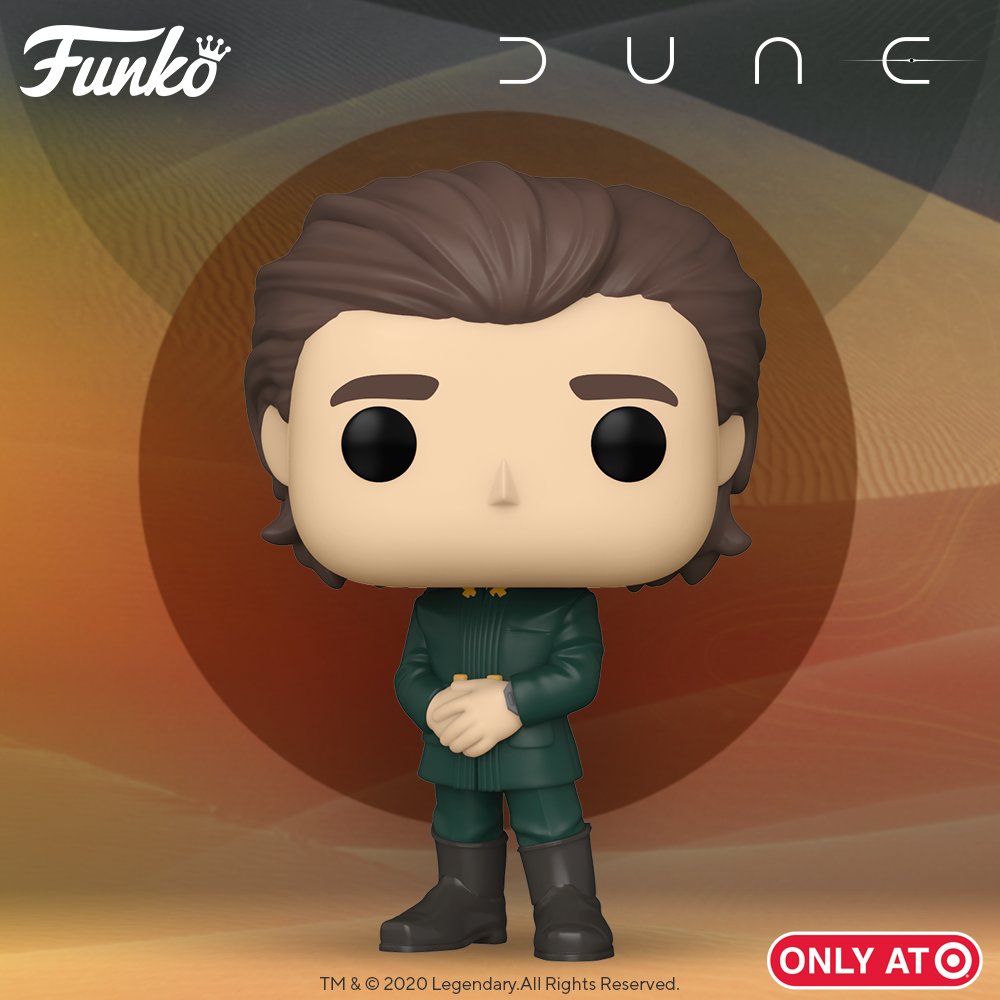 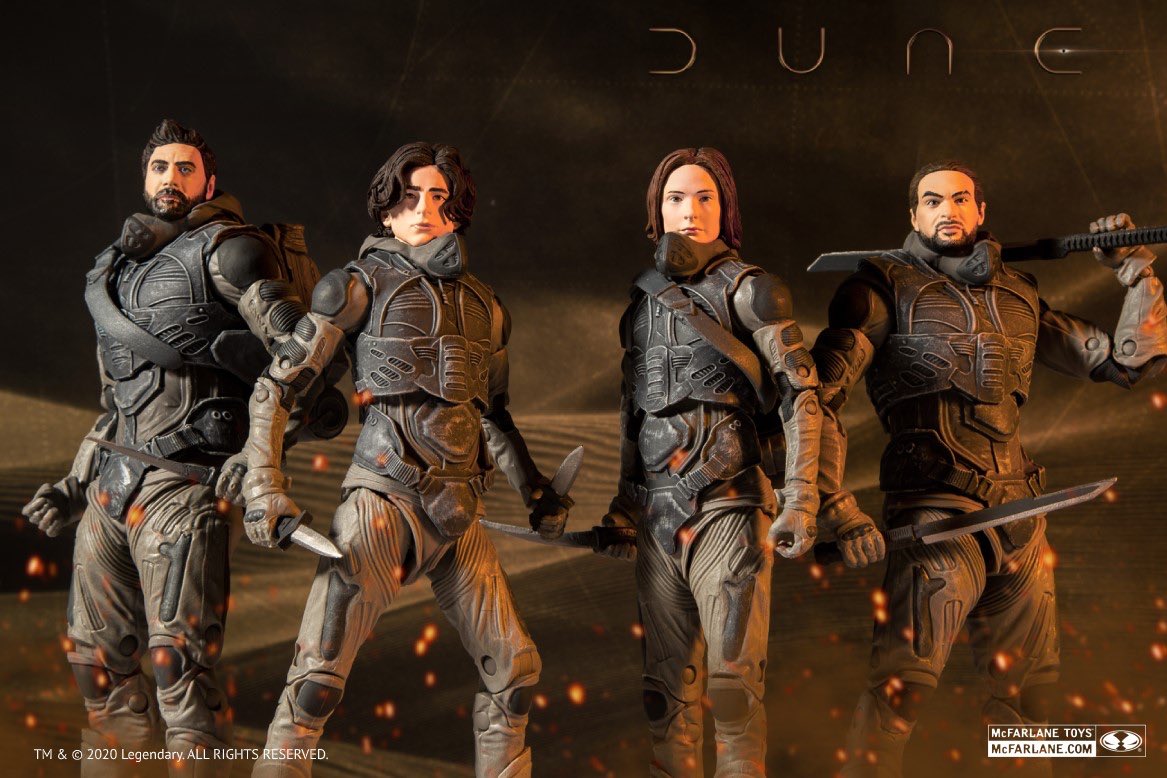 A mythic and emotionally charged hero’s journey, “Dune” tells the story of Paul Atreides, a brilliant and gifted young man born into a great destiny beyond his understanding, who must travel to the most dangerous planet in the universe to ensure the future of his family and his people. As malevolent forces explode into conflict over the planet’s exclusive supply of the most precious resource in existence—a commodity capable of unlocking humanity’s greatest potential—only those who can conquer their fear will survive.

Dune is (hopefully) set to release in theatres this December.