Last year, Reno: 911! star and successful screenwriter Thomas Lennon (The Night at the Museum films) made his first foray into the world of young adult novels with Ronan Boyle and the Bridge of Riddles, an adventure following a young Irish boy who joins a secret police force devoted to handling the misdeeds of magical creatures.

Now a Ronan Boyle movie is in the works at DreamWorks Animation, with Lennon on board to write the screenplay.

Variety reports that Thomas Lennon will write the script for the movie adaptation of his own novel, while director Fergal Reilly has signed on to direct as part of his overall deal with DreamWorks. Reilly is the filmmaker behind The Angry Birds Movie, which gives me a bit of hesitation – but he’s also been a story artist for films like The Iron Giant, Spider-Man 2, and Cloudy with a Chance of Meatballs, so it’s not like his credits are littered with trash. Plus, his next directorial effort, a bizarre road trip story called Pete and Goat, sounds like a hard left turn, so perhaps Angry Birds was just a jumping off point to bigger and better things. 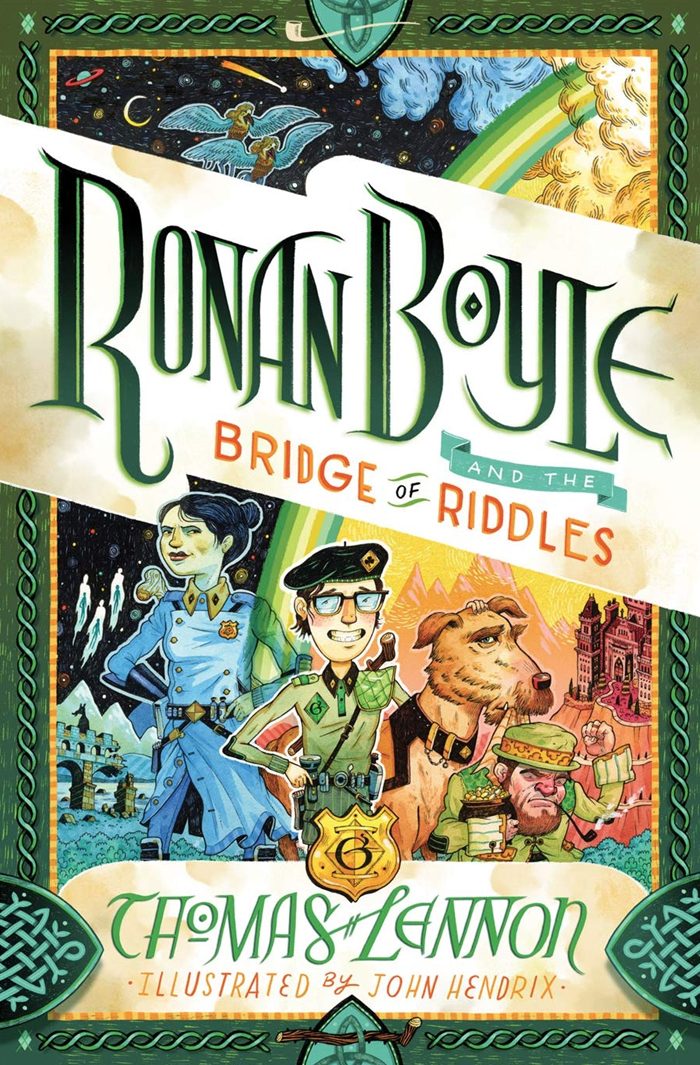 Here’s the synopsis of Lennon’s novel, which was a New York Times bestseller when it debuted last year:

Fourteen-year-old Ronan Boyle is the youngest and lowliest recruit to the secret Garda, an Irish police force that handles the misdeeds of numerous magical creatures. Ronan’s parents are in jail, but Ronan is convinced that they were framed by the wee people. So, despite his small size, poor eyesight, and social awkwardness, he’s determined to learn all he can in the Garda in order to prove his parents’ innocence. To show he’s got what it takes, he’ll have to confront a fiery leprechaun, a sinister harpy, and a whole world of monsters hidden in plain sight next to real-life Ireland. Fast paced, action packed, and completely hilarious, this is the start to an exciting new middle-grade series by actor and writer Thomas Lennon.

Lennon wrote a follow-up novel, Ronan Boyle and the Swamp of Certain Death, which was published on St. Patrick’s Day this year – fitting for the Irish themes and setting. And like the character, director Fergal Reilly is also Irish, so here’s hoping he can bring a bit of added passion and authenticity to the animated version of this story.

The post ‘Ronan Boyle and the Bridge of Riddles’ Movie in the Works at DreamWorks Animation appeared first on /Film.