The New Mutants was the first film to make it back into theaters in the midst of the pandemic, and it did about as well as you might expect. Many Marvel fans unwilling to return to multiplexes still haven't seen 20th Century Fox's final X-Men film, but that will change on November 17.

IGN confirms that The New Mutants will be released on Blu-ray, 4K Ultra HD, DVD and Digital HD next month, and it seems the film is being billed as the "Ultimate Collector's Edition."

There's currently no word on special features, but the site mentions plans for featurettes, and we can only hope there are some deleted scenes (as reshoots didn't take place as planned, chances are there wasn't a lot of additional footage on the cutting room floor). Most of the interviews and featurettes were probably produced prior to the Disney/Fox merger as well.

The New Mutants follows five young people who demonstrate special abilities being brought to a secret institution to undergo treatments they are told will cure them of the dangers of their powers. Included are Mirage (Blu Hunt), Wolfsbane (Maisie Williams), Sam Guthrie (Charlie Heaton), Sunspot (Henry Zaga), and Magik (Anya Taylor-Joy).

Click HERE for more The New Mutants news from CBM! 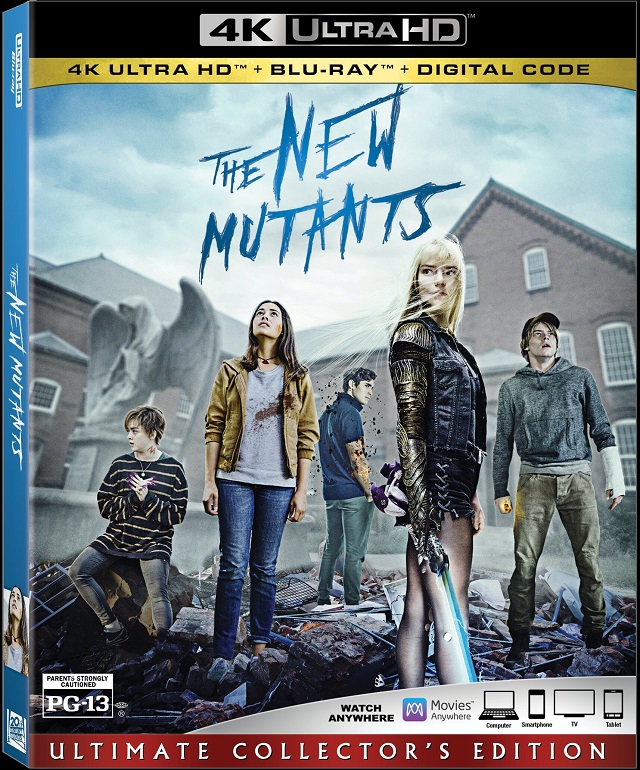