Amazing Spider-Man #850 is well worth picking up, though some fans may be disappointed that Kindred's identity isn't revealed. After the wall-crawler is forced to team up with the Green Goblin (Norman Osborn takes the Goblin Serum again near the start of the issue), he throws the villain to the mercy of the Sin-Eater after he repeatedly threatens Spider-Gwen.

In an epilogue, it's strongly hinted that Kindred is someone from Spider-Man's life who has died.

As you can see below, he stands in front of a grave, but we never learn who that belongs to. One of the most popular theories is that Kindred is Harry Osborn, and that the Harry who returned from the dead is a clone or something along those lines. That would explain his hatred of Peter and Norman, though it is still possible this is the pre-One More Day Peter Parker.

Why would he be looking at a grave? Well, it could be Gwen Stacy's, with this a misdirect of sorts to throw us off the scent. Either way, it's definitely a shame that Amazing Spider-Man #850 failed to reveal the villain's identity, though we can only hope that changes with next week's issue.

What did you guys think about Nick Spencer's landmark issue? 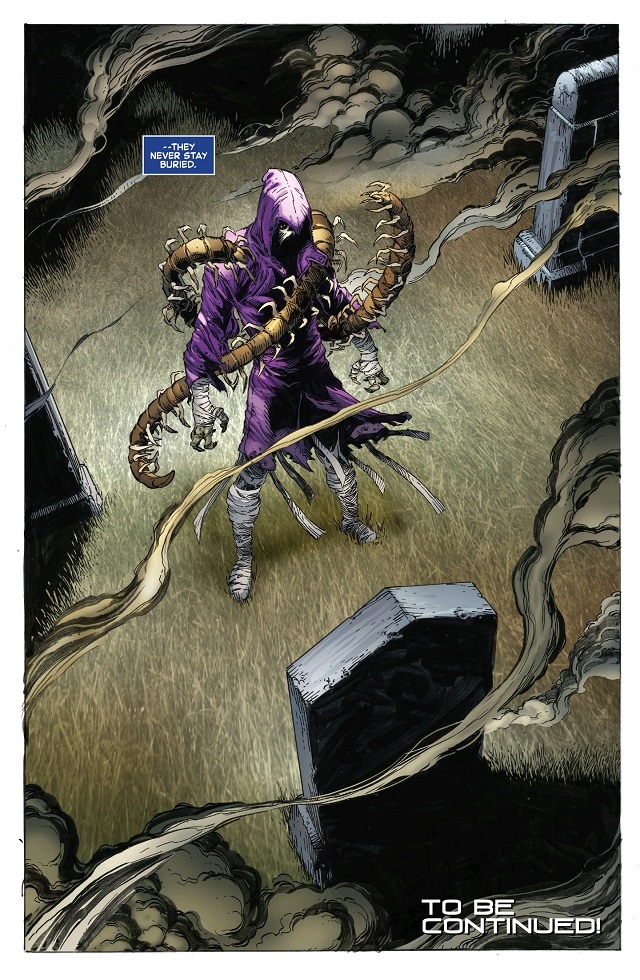