Login
Cool Stuff: ‘The Goonies’ Poster Signed by Drew Struzan is a Real Treasure That Can Be Yours
Ethan Anderton

The Goonies is one of those beloved movies from the 1980s that remains powered by nostalgia. The treasure-hunting adventure from director Richard Donner, writer Chris Columbus, and executive producer Steven Spielberg has stood the test of time, and the ensemble cast including Sean Astin, Josh Brolin, Corey Feldman, and more have been endlessly asked about it for the past 35 years. Now, for the film’s 35th anniversary, you can celebrate The Goonies by getting your hands on the original poster.

Bottleneck Gallery is releasing a new meticulously crafted screen print of The Goonies poster illustrated by legendary movie poster artist Drew Struzan. There’s not a treasure map on the back or anything like that, but the poster will be a treasure in and of itself, because it will be personally signed by Struzan himself. And there are two different versions of The Goonies poster signed by Struzan that you’ll have a chance to pick up. 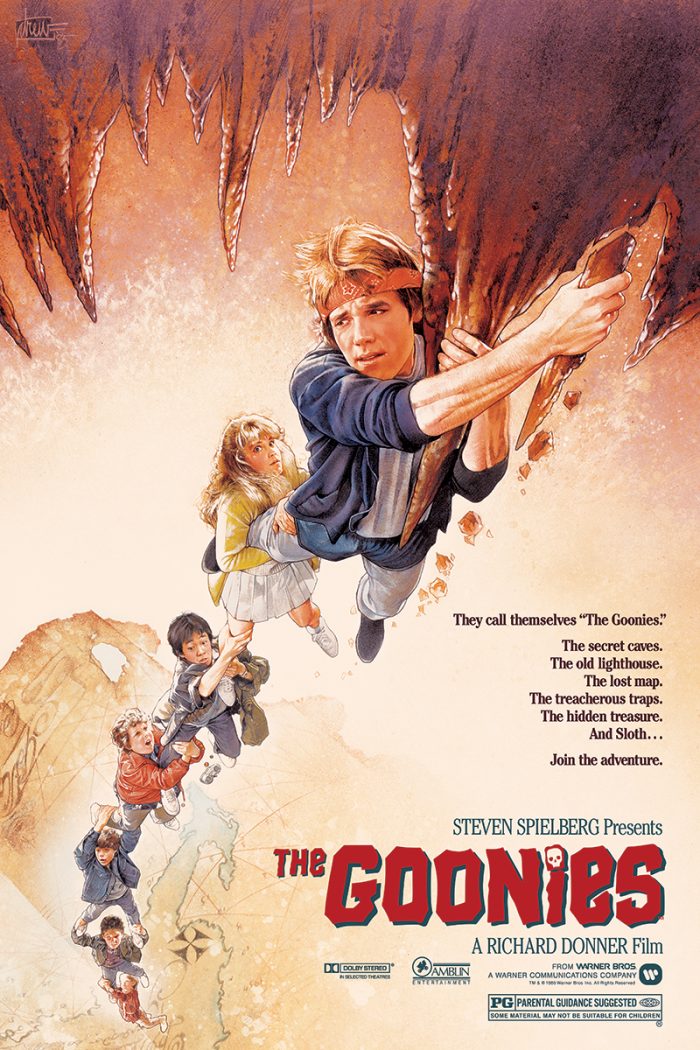 The first edition is a 24×36 version of the original poster that was released in theaters back in 1985. This will be a timed edition available for purchase from Bottleneck Gallery from Thursday, October 8 at 12:00 P.M. ET through Sunday, October 11 at 11:59 P.M. ET. You can buy the poster for $100, but if you want it signed by Struzan, you’ll have to pay $150, which isn’t bad for a movie poster signed by an absolute legend. However many are purchased, that’s how many will be printed.

For you collectors out there who want a more rare version of The Goonies poster, there’s also this: 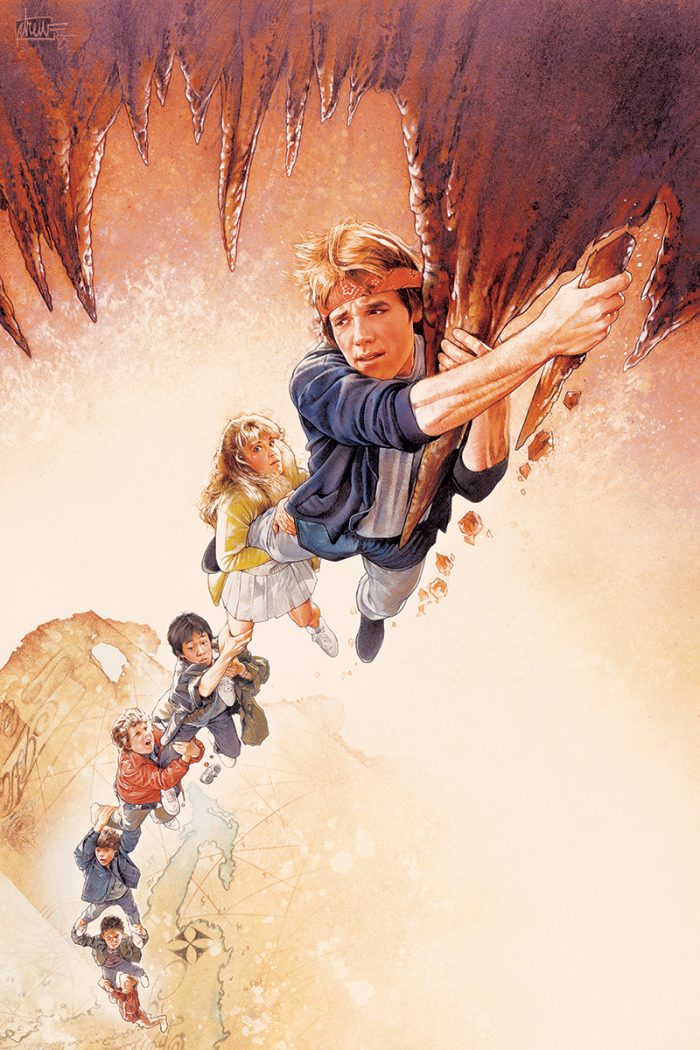 This is an art print version of The Goonies poster without the title or credits. It’s just the outstanding artwork featuring Sean Astin, Josh Brolin, Jeff Cohen, Corey Feldman, Jonathan Ke Huy Quan, Kerri Green, and Martha Plimpton. This one will also go on sale at Bottleneck Gallery starting on Thursday, October 8 at 12:00 P.M. ET, but since there’s only an edition of 200, it will only be available while supplies last.

The fact that we can get these movie posters in our hands signed by Drew Struzan is incredible. Sure, the pricetag is a little lofty, but the quality of these screen prints is always fantastic, and I can’t stress enough how awesome it is to have a piece of pop culture art signed by someone like Drew Struzan. Make sure you spread the word and pick one up for yourself. Goonies never say die!

The post Cool Stuff: ‘The Goonies’ Poster Signed by Drew Struzan is a Real Treasure That Can Be Yours appeared first on /Film.