Login
‘Fatman’ Trailer: Mel Gibson is a Miserable Santa Claus, and Walton Goggins is the Hitman Trying to Kill Him
Chris Evangelista

Mel Gibson is a miserable, washed-up, drunken Santa Claus and Walton Goggins is the hitman trying to take him down in Fatman, a new dark comedy for the holiday season. Here, Santa is thinking about hanging it up when the U.S. Military comes calling for his services. Then, to make matters even more complicated, a kid who was given a lump of coal for Christmas decides to take out a hit on Old Saint Nick. Yes, this is a real movie, I swear. See for yourself and watch the Fatman trailer below.

Boy oh boy, am I conflicted. This is a very effective trailer – everything here looks appropriately silly and violent, and the idea of a kid hiring a hitman to kill Santa is pretty damn funny. But then you have to take into account the fact that this movie stars Mel Gibson. Look – I think Mel Gibson is a good actor. In fact, he can even be a great actor with the right material. But Gibson has so much toxic baggage swirling around him due to actions in his personal life that it sours pretty much anything he’s involved with. I think it’s important to separate the art from the artist when possible, but I also understand that for some people that’s just not possible.

In Fatman, “To save his declining business, Chris Cringle (Mel Gibson), also known as Santa Claus, is forced into a partnership with the U.S. military. Making matters worse, Chris gets locked into a deadly battle of wits against a highly-skilled assassin (Walton Goggins), hired by a precocious 12-year-old after receiving a lump of coal in his stocking. ‘Tis the season for Fatman to get even, in the action-comedy that keeps on giving.”

Again: I really like this premise. And the footage on display in the trailer above works, and works well. Gibson’s grumpy, grumbling Santa works, as does Goggins’ hitman character. But I have to admit I’d be a lot more excited about this whole endeavor if it just didn’t involve Mel Gibson. Your mileage may vary, and I certainly won’t begrudge you if you want to watch this or if you never want to clap eyes on it again.

Fatman was written and directed by Eshom Nelms and Ian Nelms. In addition to Gibson and Goggins, the movie also stars Marianne Jean-Baptiste. Fatman arrives in select theaters November 13, 2020 and then On Demand and on Digital November 17, 2020. 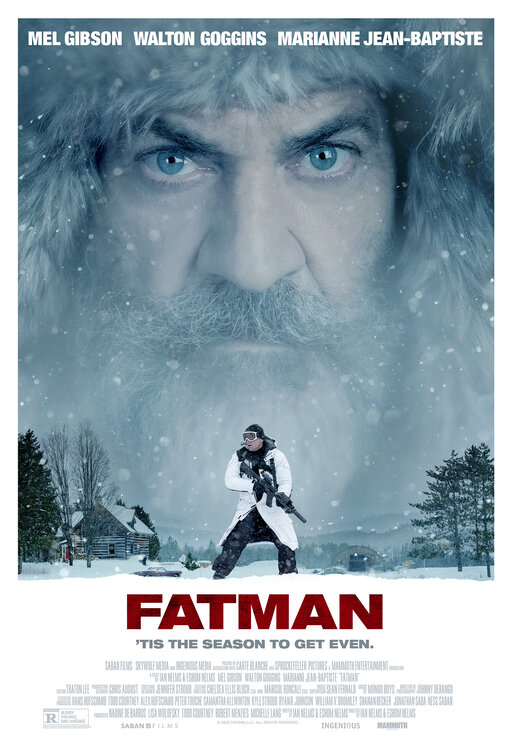 The post ‘Fatman’ Trailer: Mel Gibson is a Miserable Santa Claus, and Walton Goggins is the Hitman Trying to Kill Him appeared first on /Film.